“People who say they sleep like a baby usually don’t have one.”

To say sleep deprivation is torture would be an understatement.  I am just going to write about my experience of sleep deprivation from one of my twins.  I would say the first two years of being a mam of twins was the hardest.  I did not have a full night’s sleep for about a year and a half. I don’t think I will ever be able to catch up on all the sleep I lost.  I can only imagine the number of mothers who have had the same problem and I sympathise with them all.

In my experience with my daughter’s sleeping problem which has been a long road, after trying different methods to resolve the sleep problem, I knew something else was needed. At this point, I would have paid anything to get some kind of sleep.

My daughter was never a good a sleeper from when she was a baby unlike her twin brother who had learned to soothe himself and sleep through the night at just ten weeks old.  He was a lover of his bottles and found this was enough to soothe him.

The Summer of 2015 in particular, my daughter’s night time sleeping got out of control and she developed a piercing scream that she would continue for hours, mostly at night time.  Anytime she woke during the night, which could begin after nine p.m. and continue till six a.m., she would scream like a banshee and I would have to stay in the room with her until she went back off to sleep.

I would slide backwards on my knees very quietly out of the room when she went back off to sleep and breathe when I got back to my room.  This would reoccur many times throughout the night.  I refused to bring her into my bed as I knew I would never break that habit.  I set up a travel cot in my room for her brother or her so at least one of us was getting some sleep.  Her daytime sleep was not as much a battle as night time but around this time I kind of lost touch with day and night and napped when I could.

I was at my wits end. I had tried the control crying, lifting her, rocking her, brought a sofa into their room so at least I could sleep there for when she woke up screaming. But this didn’t really help at all, I was letting her win.  I had no energy to fight back.  I thought kids were supposed to fit into your life and not vice versa.

I knew now I had to look for external help.  Firstly, I went to my district nurse who did an early development test  for my daughter which was fine.  She set up an appointment with a child psychologist in my local clinic.  From this appointment, it seemed that maybe it was my daughter reacting to my stresses and difficulties.  Of course I never looked at it in that way but at the time I was extremely tired and worn out.  How could a young child feel all this from me?

It gave me a lot of food for thought and knew what I was doing wasn’t working for me and my family. From a friend I got a number for a sleep consultant.  I rang straight away and a consultant from the Baby Sleep Academy in Sandyford was out to me in a matter of days with a sleep plan for my daughter.  I was told I would not get any sleep probably for the first two weeks but after a month she should be sleeping through the night.  I had hope and a sleep plan and had been getting no sleep anyway, I had nothing to lose.

The fact I had someone sitting in my house listening to me and helping with a solution was like a weight of my shoulders.  I had a number to ring anytime I was struggling and a different approach to try.  The couch was the first thing I had to remove from the room and so it began that night.  Over the next few nights I needed to go in to her whenever she began the screaming and tuck her back in and tell her I would be back in a few minutes and leave the room.

I would say I had 1-2 hours’ sleep for a week. It most definitely eased in time and that relentless screaming stopped but it took a lot longer than a month. 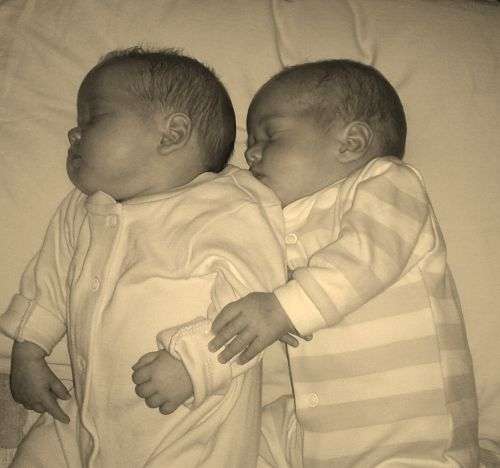 Once we all got back to sleeping in our own beds and I was getting up to five hours sleep a night, I began to feel a bit stronger.  It took  about six months to fix but she did still wake a lot during the night but the screaming stopped.  It really tested my patience and tolerance levels which most certainly peaked in this period.

This is my experience and what I had to do, it might not work for everyone.  Sleep consultants are generally mothers to with the same problems.  I think the more we talk about these difficulties in bringing up our kids and not go through it alone and feeling hopeless and unable to cope, the better for us and our children. Useful links below and the sleep academy that helped me: